Dr. Jessica K. Abbott – Jessica is my PostDoc supervisor at Lund University. Jessica is interested in the evolutionary genetics of sex differences, especially sexually antagonistic genetic variation, and the evolution of sex chromosomes.

Dr. Bengt Hansson – Bengt is a colleague here in the Biology Department at Lund University. Bengt is interested in the evolution of sex chromosomes, with special emphasis on avian neo-sex chromosomes, and genomics. 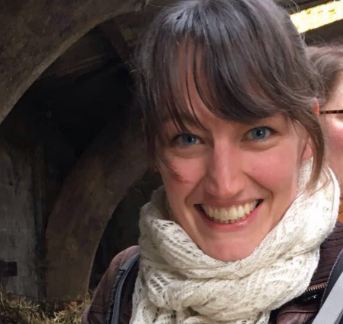 Dr. Charlotte de Vries – Lotte is a friend and colleague that I met through a the ESEB Special Topics Network: “linking local adaptation with sex-differences in selection”. Lotte is an evolutionary demographer with a special focus on the evolutionary and demographic consequences of conflict between different classes of individuals, whether males/females, parents/offspring, queens/workers, etc. We are collaborating to expand some of the 2-sex mendelian demographic models Lotte developed during her PhD to more new and more general cases, like hermaphrodites.

Dr. Tim Connallon – Tim was my primary PhD supervisor at Monash. Tim is a population geneticist with a particular interest in sexually antagonistic selection. We are currently working on several theoretical projects, ranging from models of sexually antagonistic selection over reproductive timing in external fertilizers, to the consequences of sex-specific selection for the evolution of the selfing rate in hermaphrodites.

Dr. Dustin Marshall – was my co-supervisor at Monash University in Melbourne, Australia. Dustin studies the evolutionary causes and consequences of variation in reproductive traits for marine invertebrates, along with a variety of other broadly ecological questions. Check out what Dustin is up to at the MEEG group website.

Dr. Crispin Y. Jordan – Crispin is an evolutionary geneticist and ecologist with a focus on the evolution of plant reproductive traits. We have collaborated on theoretical questions regarding Sexually Antagonistic selection in hermaphrodites, and the consequences of spatially variable selection on sex-specific local adaptation in hermaphrodites. I’m looking forward to the next collaboration.

Dr. Lawrence Harder – Lawrence was my unofficial co-supervisor at the University of Calgary, and continues to be a bit of a sage for me in my academic development. He is a world renowned floral evolutionary ecologist, and a brilliant and deep thinker. We are currently collaborating on a project involving phenological aspects of pollinator mediated competition and gender dynamics in hermaphroditic flowering plants.

Dr. Jeremy Fox – was my M.Sc. supervisor at the University of Calgary. He’s a community ecologist with a bent towards population dynamics. Jeremy also maintains an interesting blog. Check out Jeremy’s stream of consciousness here.

Dr. Tadashi Fukami – Tad and I go back to the University of Hawaii at Manoa, where I did my B.Sc. in Marine Biology. Tad supervised my undergraduate research project, which eventually metamorphosed into an article published in The American Naturalist. Tad has since moved on to an illustrious position at Stanford university.